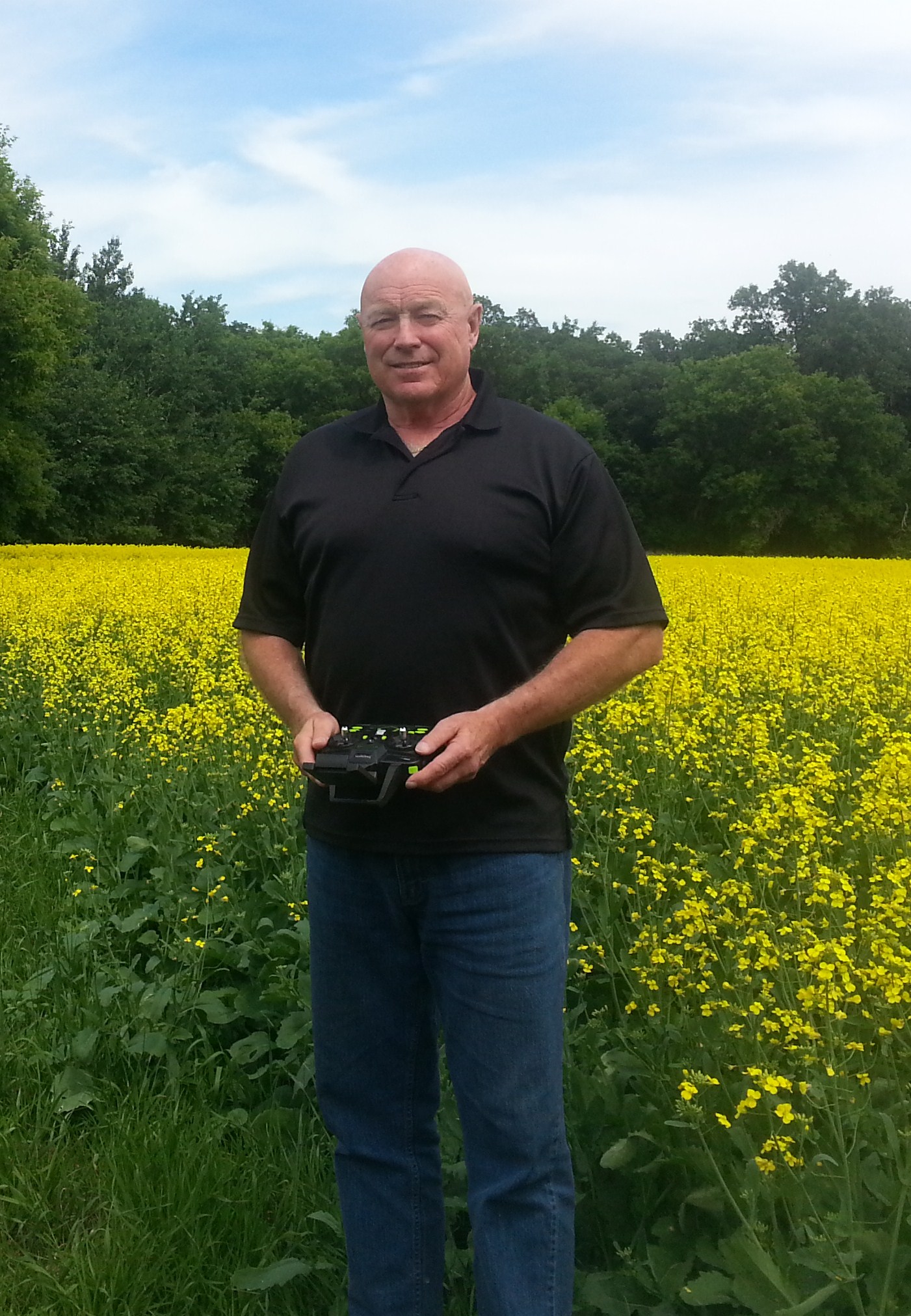 WE USE DRONES EQUIPPED WITH SENSING AND APPLICATION TECHNOLOGY TO SUPPLY PRECISION AERIAL APPLICATION TO OUR CLIENTS.

Don is the owner, and founder of ROGA Drone. Don is responsible for operational control over any operations taking place across the Canadian Prairies. He has successfully completed the Level 2 Commercial UAV - Unmanned Ground School and the UAV Systems in Industry course through the M3 Aerial Productions UAV Ground School.

Don was raised on a mixed farm in south western Manitoba. After purchasing his own farm, he concentrated on pedigreed seed production and became a select seed grower. He is real estate trained in agricultural real estate. Over the years he has obtained several certificates and training relating to the industry. Don currently lives in Elie, which is home base for ROGA Drone.

ROGA Drone are proud to be exclusive distributors for Forward Robotics U7AG spray drone in western Canada, Australia and the United States. We also retail into countries covered by the Joint Authorities on Rulemaking for Unmanned Systems (JARUS).

ROGA Drone has completed the National Aerial Pesticide Applicator's course, as well as the Mosquito and Other Biting Flies course, and holds an Aerial Applicators license and Mosquito Applicators license with insurance coverage's for liability and spray drift to spray pesticide and fertilizer for agricultural, and mosquito management purposes in Canada.

Don has also volunteered as a member of the Canadian Air Search and Rescue Association.